'58 Remington conversion cylinders for Pietta or Uberti made revolvers

Introducing the new “Equalizer” Konverter for all 1858 Remington Revolvers.

The Kirst “Equalizer” conversion cylinder will work in all Uberti or Pietta percussion revolvers, regardless of when they were manufactured. NOTE: The original Kirst 1858 Remington “Safety Cylinder” Konverter would not reliably work in Uberti 1858 Remington revolvers produced after 2017.

To remedy that problem Walt Kirst redesigned the 1858 Remington Konverter with 5 evenly spaced chambers and a hammer actuated firing pin retainer, located between each of the chambers. It’s called the “Equalizer” Konverter.

The “Equalizer” Konverter works with all existing Kirst Konverter Rings, including the Pale Rider version and the Gated version that can be paired up with our Improved Remington Ejector, which works on all calibers from .22LR to .45LC. 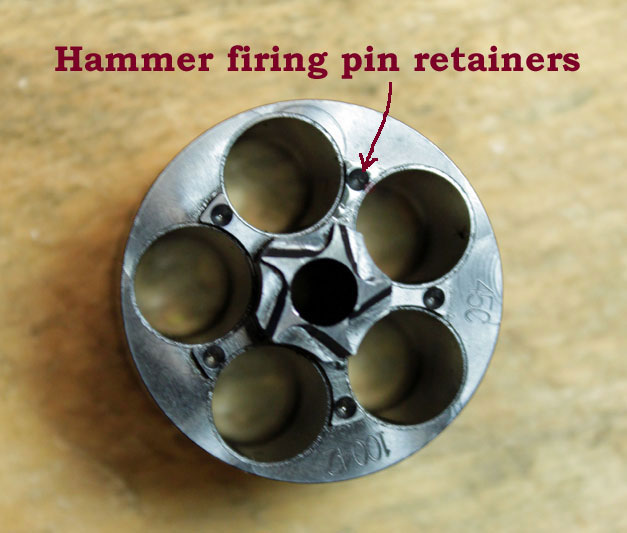 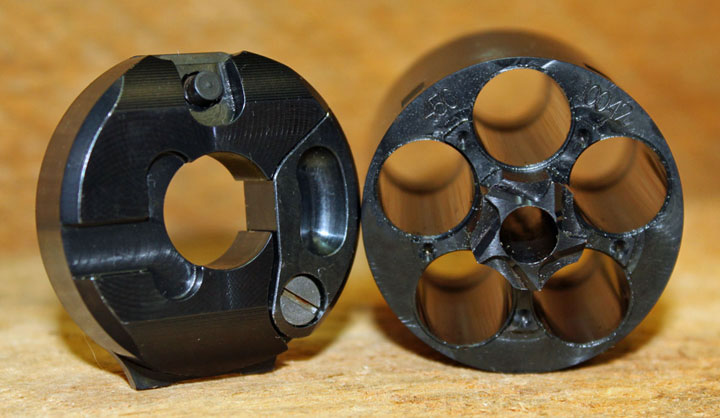 For faster loading and unloading; cut a *loading port into the frame of your Remington revolver, to utilize the easy and practical loading gate version of our new Equalizer Konverter.

*Step-by-step instructions with template are included with each Kirst Konverter™ or you can select from our optional gunsmithing services and we can do it for you. 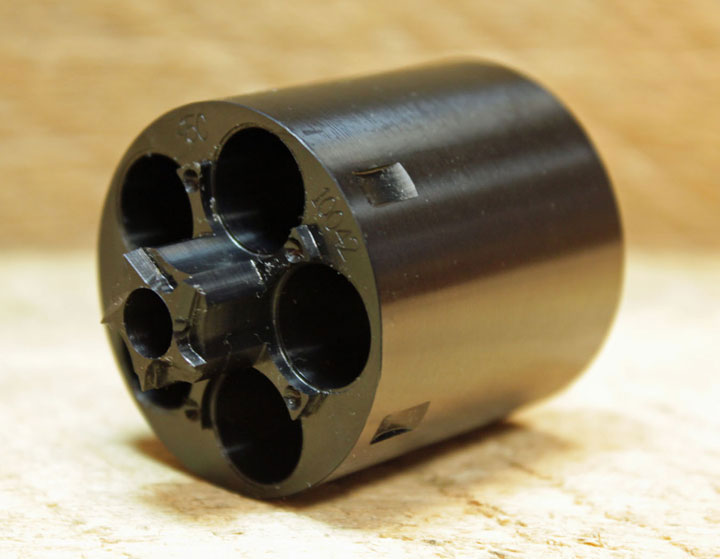 If you have an 1858 Remington revolver, produced by Uberti after 2017, you can simply replace your existing “Safety Cylinder” with the new “Equalizer” for reliable cylinder rotation and functioning.

Upgrade your revolver for faster loading and unloading; just like the deluxe conversions that Remington did back in the Old West era. Start by cutting a loading port into the frame to utilize the loading gate version of the Kirst Konverter and then add our Improved Ejector assembly to complete the full conversion. The loading gate/ejector version can also be switched back to Cap & Ball in a few moments.

*Step-by-step instructions with template are included with each Kirst Konverter™ or you can select from our optional gunsmithing services and we can do it for you. 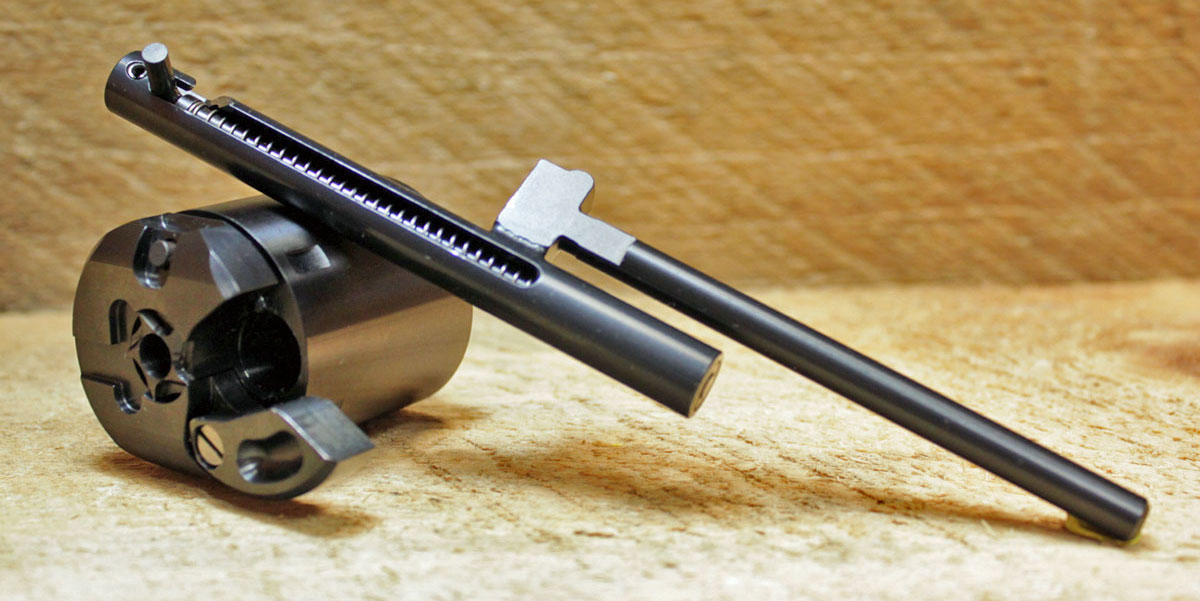 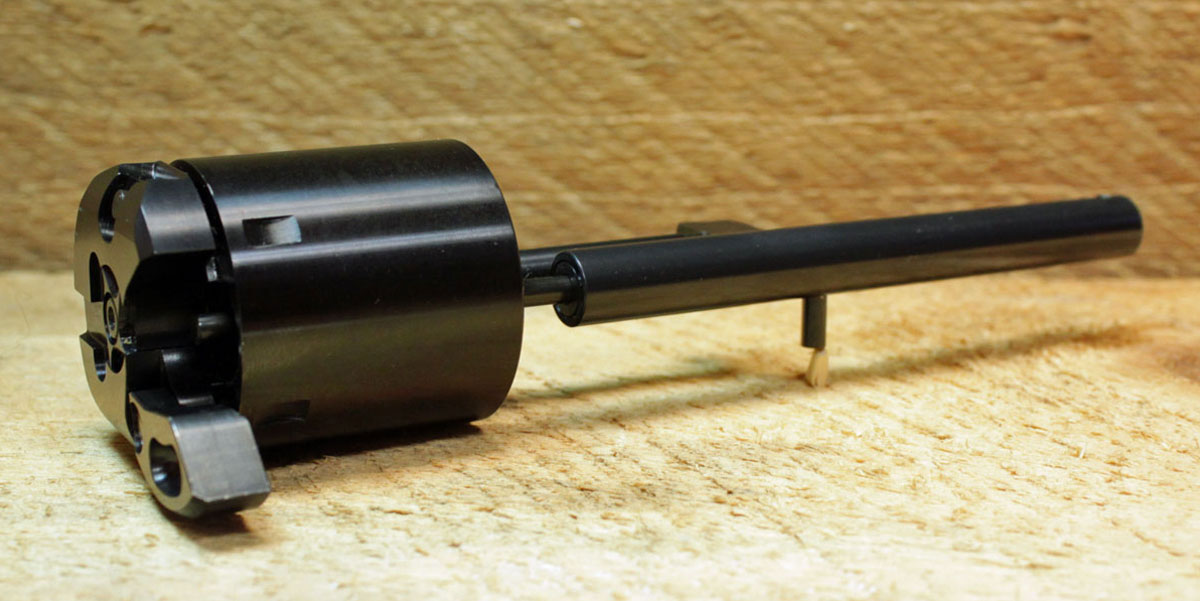 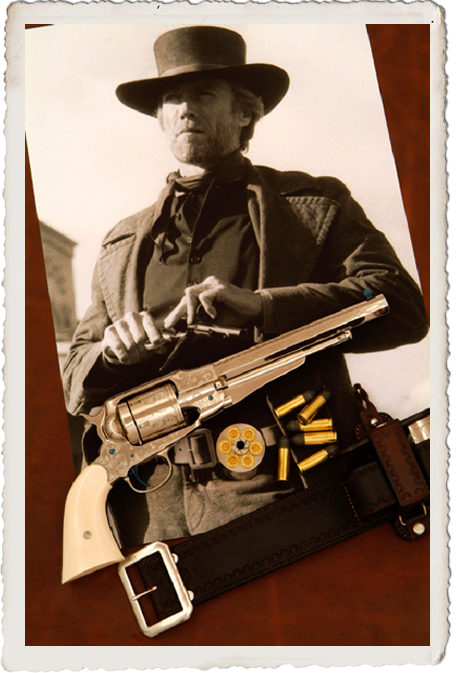 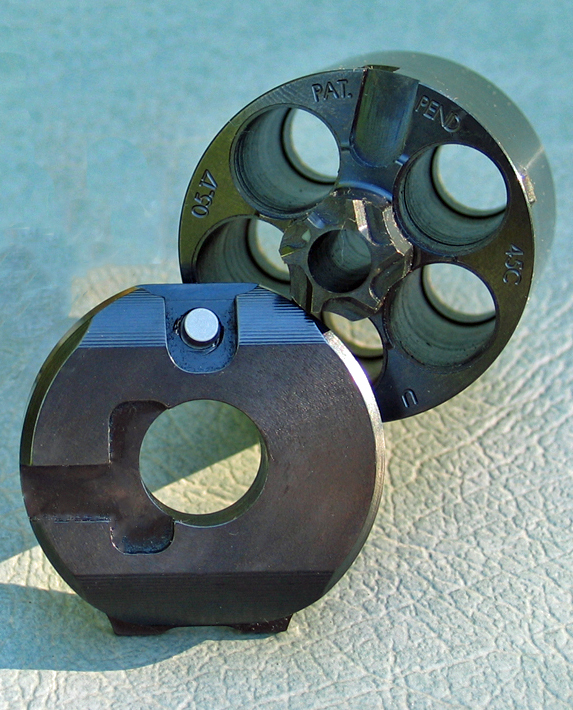 Buy 2 cylinders with 1 Pale Rider Konverter Ring at a reduced price, so you have a spare cylinder to quickly reload, like Clint Eastwood did in the movie Pale Rider.

This Improved Ejector fits all 1858 Remington models and works to eject all size cartridge cases, from .22 LR to .45 LC. The straight back ejection motion and spring loaded action makes ejecting your spent cases quick and easy. The built-in cylinder pin on this ejector assembly secures it to your revolver by simply removing the loading lever and replacing the stock cylinder pin with this assembly, then reinstall the loading lever and screw. 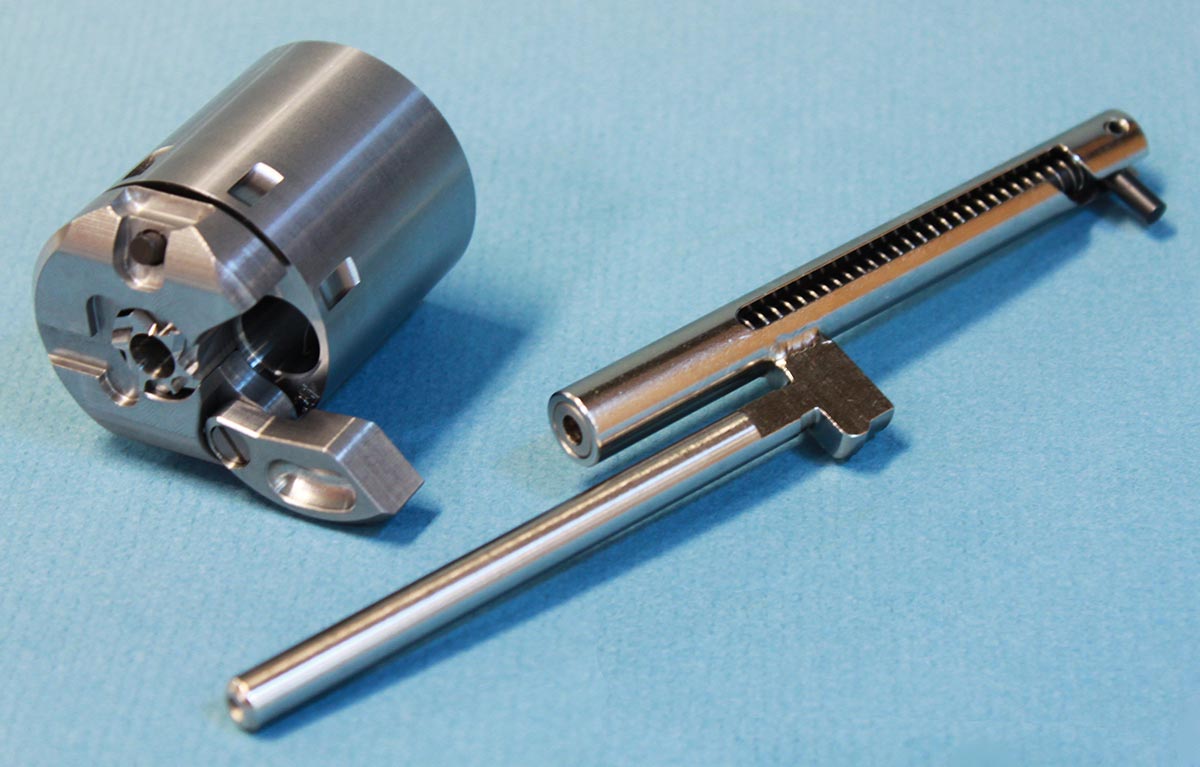 Available for Uberti or Pietta in .45LC or .45ACP. 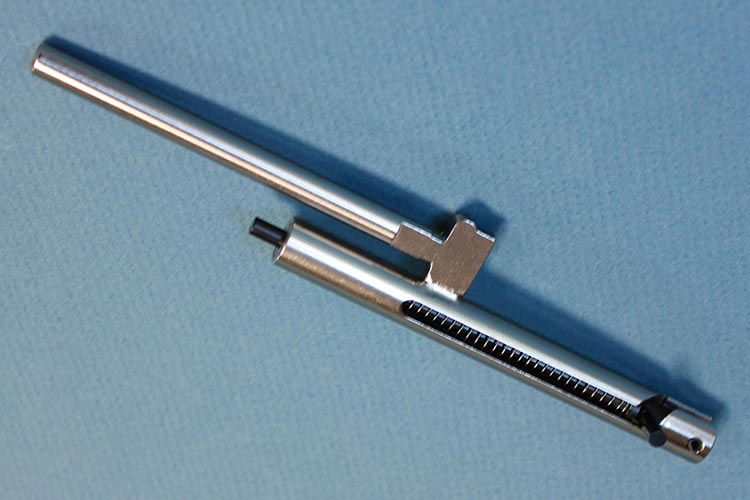